Walker’s Fine Art & Estate Auctioneers Inc. is a Canadian auction house chiefly known internationally as one of the main auctioneers of Inuit Art, but this auction house also handles other types of art, plus antiques, collectables, and more.

Walker’s Auctions hold their auctions in Ottowa and Toronto. Sometimes, previews are arranged in Montreal. In Ottowa, most of the auctions are held at the Tudor Hall on 3750 North Bowesville Road. 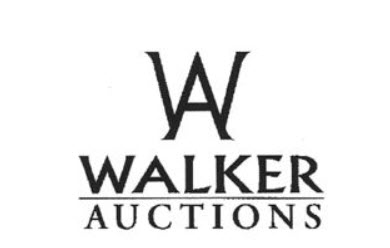 Within the area of Fine Arts, Walker’s Auctions introduced Inuit Art as a speciality category in 2011, assisted by Inuit Art expert Ingo Hessel. Soon, the sale of 285 lots of Inuit Art placed the auction house on the international radar. The auction – which included many objects from an art collection created by Inuit Art dealers John and Mary Robertson – was a huge success, with many objects selling for considerably more than their start price. The print “Dog Sees the Spirits” by Cape Dorset artist Kenojuak Ashevak did for instance sell for $22,420 after being valued at $6,000.

By the time Walker’s Auctions held their fourth major Inuit Art auction in spring 2013, they had become widely acknowledged as one of the major – or perhaps even the major – auction house for Inuit Art in the world. In addition to bidders present at the auction site, the event attracted 743 registered online bidders from a few dozen countries around the globe.

Walker’s Auctions founder William “Bill” Scott Walker (1910-1987) grew up in Edinburgh, Scotland but left Great Britain in 1929 and moved to Canada to become an apprentice at his uncle’s firm Fyfe’s Antiques in Vancouver.

Each month, Fyfe’s Antiques imported period furniture and fine art from Great Britain to the Montreal harbour, and young Walker was put in charge of coordinating the sales of these items.

In 1937, Walker moved to the capital (Ottowa) and this is where he founded the business W.S. Walker Auctioneer.

The outbreak of World War II made it difficult to import items from Europe, but Walker’s business survived. After the war, his reputation had reached a level where he became a favoured auctioneer for the capital’s upper echelons, and he did for instance handle the famous Booth Estate Auction of 1957. This was the estate of Count Erik of Rosenborg (d. 1950) and his wife Lois Frances Booth (d. 1941). Count Erik of Rosenborg was a danish prince, the son of Prince Valdemar of Denmark and Princess Marie of Orléans, who had reliquished his rights to the throne upon marrying a commoner. He and his wife left behind an impressive collection of art, furniture, porcelain and more, including notable English impressionist and Barbizon school work, art by Henri Fantin-Latour, signed French furniture from the 1700s, Ming porcelain, and palace carpets. The auctions were a huge success with items selling for trend-setting prices.

The company continued to blossom with a series of notable auctions, including the highly publicised Rochester and Billings Estate Auctions.

When William Walker died in 1987, the company was renamed Walker’s Fine Art & Estate Auctioneers, reflecting the firms increased focus on these two branches.

It was around this time that Walker’s Auctions started a new tradition: one spring and one fall auction of Canadian & International Fine Art and Collectables in Tudor Hall, Ottawa, with previews in Toronto and Montreal.

Another company innovation of the 1990s was the bi-monthly Discovery Estate Auctions.

Since Peter Walker’s death in 2009, Jeffrey Walker has been the President of Walker’s Auctions with Christine Walker Ross as Treasurer & Secretary.