Keeneland Sales is an American Thoroughbred auction house in Kentucky. It is a division of the Keeneland Association Inc, a company with roots dating back to 1935 when a nonprofit racing and auction venture was set up on 147 acres of farmland west of Lexington.

Keeneland is included in the National Register of Historic Places and was designated a National Historic Landmark in 1986. 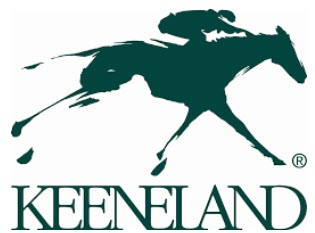 Keeneland Sales holds three annual horse auctions; one in January, one in September and one in November. There used to be an auction for Two-Year-Olds in Training in April and an auction for Selected Yearlings in July, but both of these auctions have been discontinued.

Keenland’s auction for Selected Yearlings in July (which were held annual from 1943 to 2002) was widely regarded as the most prestigious Thoroughbred sale in the whole world and many of the horses bought and sold at this auction went on to became famous race horses. To be offered for sale at this auction, a yearling had to pass a quality control regarding both pedigree and physical conformation.

The year starts with an auction where horses of any age can be offered for sale. In addition to horses, a type of breeding right known as season (the right to breed one mare to a certain stallion) are also auctioned out.

This auction is the world’s largest for thoroughbred yearlings, i.e. young horses  of either sex aged between one and two years. The tradition of holding a yearling auction at Keeneland in the fall dates back to 1944, although it wasn’t fixed to the month of September until 1960.

Since 2010, a three-tier format has been used where yearlings are divided into three groups based on pedigree and conformation. The horses in the top-tier are comparable in pedigree and confirmation to the yearlings that used to be sold at the Selected Yearlings auction in July until 2002. 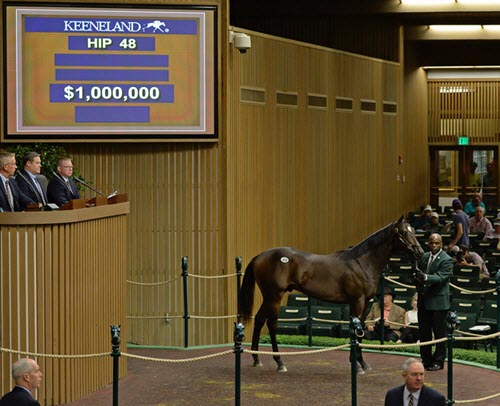 Towards the end of the year, it’s time for Keeneland’s annual auction for breeding stock. In a typical year, most of the horses sold at this auction will be broodmares and weanlings, plus some yearlings, some stallions and some horses in training.

Seasons (see above) are also auctioned out, and so are stallion shares (ownership interests in individual stallions).

The Keeneland Association Inc owns the Keeneland Racecourse for thoroughbreds and a sales complex where the auctions are held. Both are located outside Lexington in Kentucky, USA.

Keeneland is named after John “Jack” O Keene, who was a driving force behind the creation of this racetrack-auction entity and the previous owner of the 147 acres of farmland upon which Keeneland was constructed.

Keeneland was founded in 1936 as a nonprofit entity, and conducted its first live race meets in April and October that same year.

Keeneland has worked hard to maintain its traditions and been reluctant to adopt newfangled inventions. Because of this, it has been used for the filming of several movies set in the past, including “Seabiscuit” (2003), Dreamer (2005) and Secretariat (2010). Until 1997, Keeneland refused to broadcast race calls over its public-address system – even after every other race track in the country had adopted this method.