Sotheby’s has their roots in the Baker and Leigh firm, established in London on the 11th of March, 1744 by Samuel Baker and George Leigh. The reason for its formation was that Samuel Baker had been given the responsibility of selling several hundred valuable books from the library of Rt Hon Sir John Stanely Bt. of Alderley.

When Samuel Baker died in 1778, his nephew John Sotheby (1740-1807) became a partner in the book auctioneering firm. It is from him that the current name of the company is derived. It was after Sotheby’s inclusion in the firm that it widened its scope of business to include antiquities, prints, medals and coins.

When George Leigh died childless in 1816, he had secured his succession by recruiting his relative Samuel E Leigh into the business.

Today, Sotheby’s is strongly associated with fine art, but it actually took until the early 20th century before this 18th century business really got into the fine arts field. Their first major fine arts sale was carried out in 1913, when Sotheby’s was able to sell a Frans Hals painting for 9,000 guineas.

In 1917, Sotheby’s left 13 Wellington Street and moved into 34-35 New Bond Street, an address that is still the site of their London base.

Going for the US market

In 1955, Sotheby’s entered the US market by opening an office in Bowling Green, New York City.

In 1964, this expansion was boosted further as Sotheby’s acquired Parke-Bernet, the largest auctioneer of fine art in the US.

1965, Sotheby’s had grown successful enough in the US to establish themselves at 980 Madison Avenue in New York.

In 1967, Sotheby’s opened offices in Paris and Los Angeles. In 1973, they became the first foreign auction house in Hong Kong. 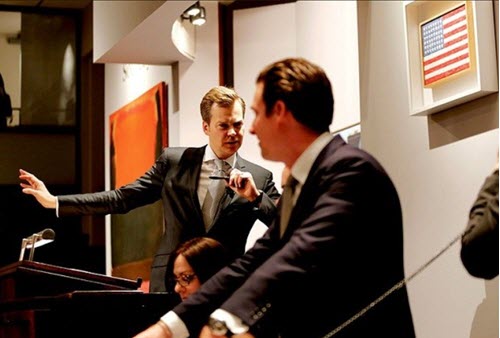 After a drop in revenue on the North American market, Sotheby’s decided to leave Madison Avenue but remain in New York. The headquarters were thus moved into a former cigar factory at 1334 York Avenue. Simultaneously, Sotheby’s Madison Avenue galleries at East 76th Street were shut down.

1982 was also the year when the auctions for U.S. West Coast items were moved to New York and Sotheby’s closed their galleries in Los Angeles, California.

Return to being a private company (1983)

Sotheby’s was privatized in 1983 after being purchased by a group of investors that included Alfred Taubman. The private company was incorporated in Michigan as Sotheby’s Holding’s, Inc.

In 1988, Sotheby’s became a publicly traded company again, listed at the New York Stock Exchange. This made Sotheby’s the oldest company on NYSE.

Gallery expansion in the 1990s

In 1990, Sotheby’s formed the Acquavella Modern Art gallery in association with the dealer William Acquavella. The gallery purchased over 2,300 works of art from the Pierre Matisse Gallery in Manhattan – a collection that included works from famous artists such as Marc Chagall and Joan Miró.

In 2000, Sotheby’s purchased the York Avenue building for $11 million and embarked on a $140 million expansion and renovation project that included the addition of six floors. In 2002, Sotheby’s sold the building for $175 million.

In 2000, allegations surfaced of a price-fixing arrangement between Sotheby’s and Christie’s (one of its main competitors).

One of Christie’s long-term employees confessed and cooperated with the US Federa Burea of Investigations (FBI), earning Christie’s staff immunity from prosecution. Sotheby’s major shareholder A. Alfred Taubman and CEO Diana “Dede” Brooks were prosecuted, and Brooks confessed and implicated Taubman. Taubman was sentenced to one year in prison, but only served 10 months. Brooks was sentenced to six months of home confinement (“house arrest”).

Christie’s, Sotheby’s and their owners paid a civil lawsuit settlement of $512 million.

In 2006, Sotheby’s Holdings, Inc. reincorporated in the State of Delaware.

Shortly after the reincorporation, the company name was changed to Sotheby’s.

Sotheby’s acquired the Dutch dealership Noortman Master Paintings, paying it’s owner with $56.5 million in Sotheby stock and the assumption of more then $26 million in gallery debt, including $11.7 million owned to Sotheby’s.

Sotheby’s commenced sales in Qatar in 2009.

Noorthman’s gallery in Amsterdam was closed in 2011 and the contents moved to London. Two years later, Sotheby’s closed Noorthman’s for good.

In 2012, Sotheby’s entered into a 10-year joint-venture with state-owned Beijing Gehua Cultural Development Group, forming Sotheby’s (Beijing) Auction Co. Ltd. Sotheby’s have 80% stake in the venture, which is the first international auction house in China under the communist regime. 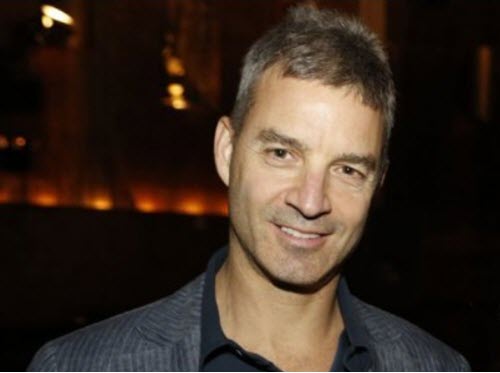 In 2013-2014, Daniel S. Loeb of Third Point LLC carried out a take-over attempt with Sotheby’s as the target. (Third Point is a New York-based investment adviser.)

In October 2013, Sotheby’s responded to Third Point’s accumulation of shares Sotheby’s by announcing a type of shareholders rights plan commonly known as a “poison pill”.

In May 2014, Daniel Loeb and Sotheby’s reached an agreement where Loeb, Olivier Reza and Harry J. Wilson joined Sotheby’s board. In return, Third Point committed to not owing more than a 15% stake in Sotheby’s.

In 2016, the Chinese Taikang Life Insurance became the largest shareholder (13.5%) in Sotheby’s.

Sotheby’s Prize was launched in 2017. It is a $250,000 award given to museums that exhibit “groundbreaking shows”.

About The History of Sotheby’s