Christie’s is a British auction house founded by James Christie in 1766. Today, the company is owned by Groupe Artémis (François-Henri Pinault’s holding company). 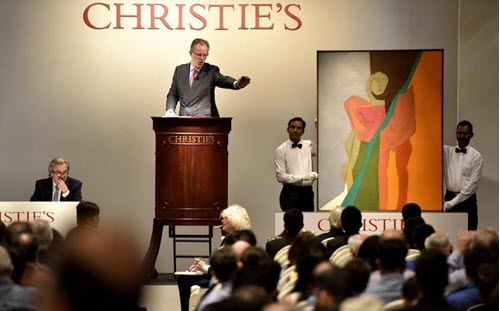 Christie’s main premises in Europe are located on King Street, St James’s in London, UK. In North America, the main premises are found inside the Rockefeller Center in New York City, USA.

In November 2017, a work of art auctioned out by Christie’s in New York broke the world record for most expensive painting as it sold for $400 million in hammer price + $50.3 million in fees. The painting was “Salvator Mundi” by Leondardo da Vinci and the buyer was identified as Saudi Arabian prince Badr bin Abdullah, acting on behalf of Crown Prince Mohammed bin Salman and Abu Dhabi’s Department of Culture and Tourism which runs the Louvre Abu Dhabi.

Christie’s Fine Art Storage Services (CFASS) is a subsidiary of Christie’s. It has its roots in a 100,000 square feet brick warehouse in London that in 1984 was granted Exempted Status by HM Revenue and Customs, meaning that property could be brought into the UK from abroad to be stored there without incurring import duties and VAT.

Christie’s Images is a picture library for the auction house. This archive includes several million fine art and decorative art images of items sold through Christie’s. Christie’s Images have one office in London and another one in New York City.

Christie’s is one of the shareholders in the London-based Art Loss Register, a privately owned database that law enforcement services around the globe can use to trace stolen art.

This is the educational branch of Christie’s.